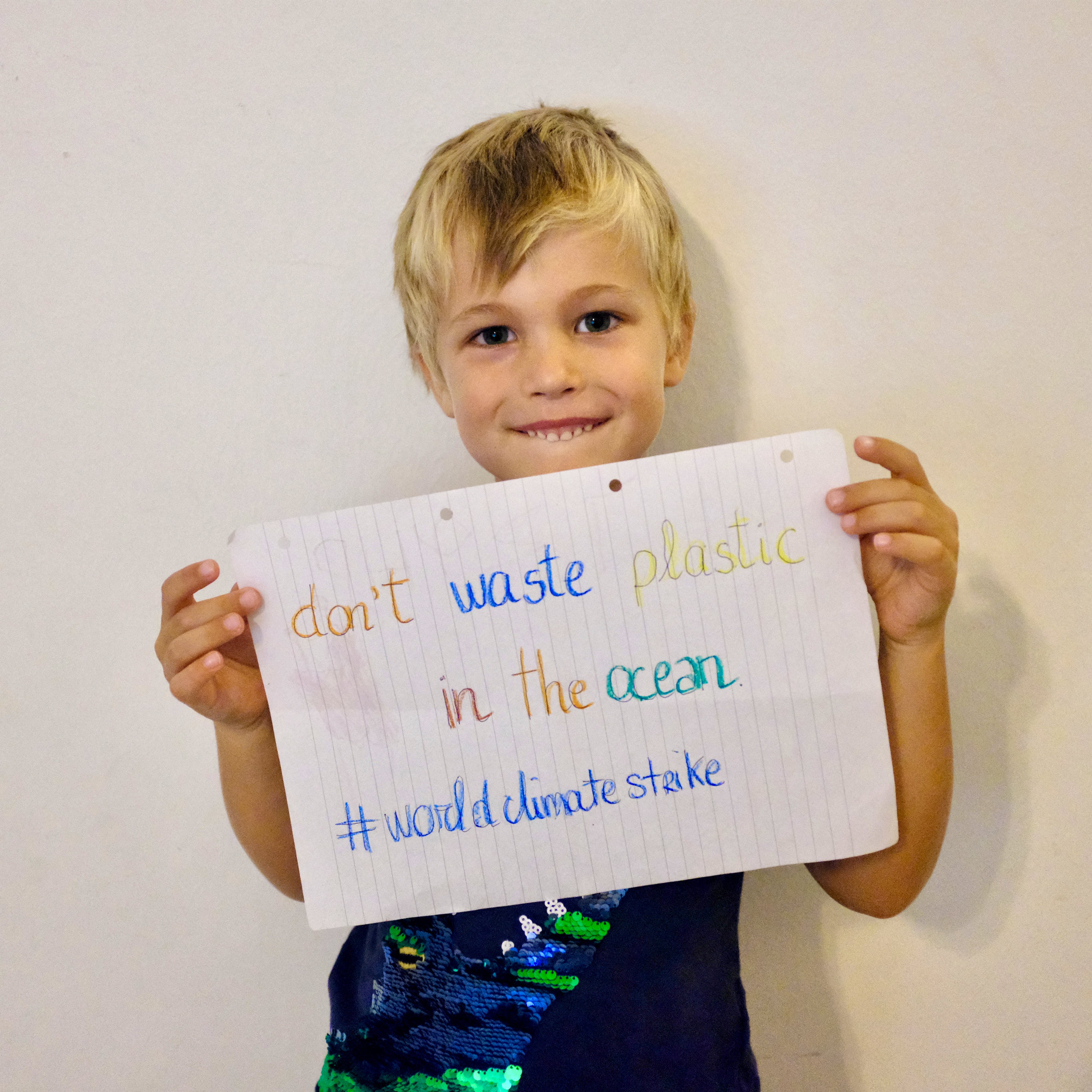 We can’t strike here in Singapore, which makes me feel I’m the wrong place today. But we can’t focus on the negative, so: I wrote a blog post which I’ll publish later today.

And Oliver, Emily and I will watch videos today, walk in nature, and talk about the climate crisis.

Climate activism, lead by Greta Thunberg, is working, people are starting to listen and be aware. Today millions of people will strike and protest. We need more climate activists, and it’s never too early to become one.

This is the video we watched early this morning with Oliver and Emily, I urge you to watch it with your children today. They’ll have questions, they won’t understand much/some, but it will start a conversation. And we NEED to start this conversation.

How did Oliver react?

A while after watching the documentary, Oliver came to me with a paper and asked:

“Can you write “Don’t waste plastic in the ocean”?

My first thought was to tell him that it didn’t make much sense and to write something different like “Don’t use plastic”, but I simply said, “Of course”.

As I was writing, he said excitedly:

“It’s my sign, like her (he meant Greta), I’ll take it with me and when I see somebody using plastic at a birthday party I’ll show it to them”.

It’s his 4-year-old logic and thinking, it comes from many conversations over the years about plastic and plastic balloons and care for our planet.

He’s making sense of the world in his mind, he’s building his puzzle: without the climate crisis, the puzzle wouldn’t be complete.