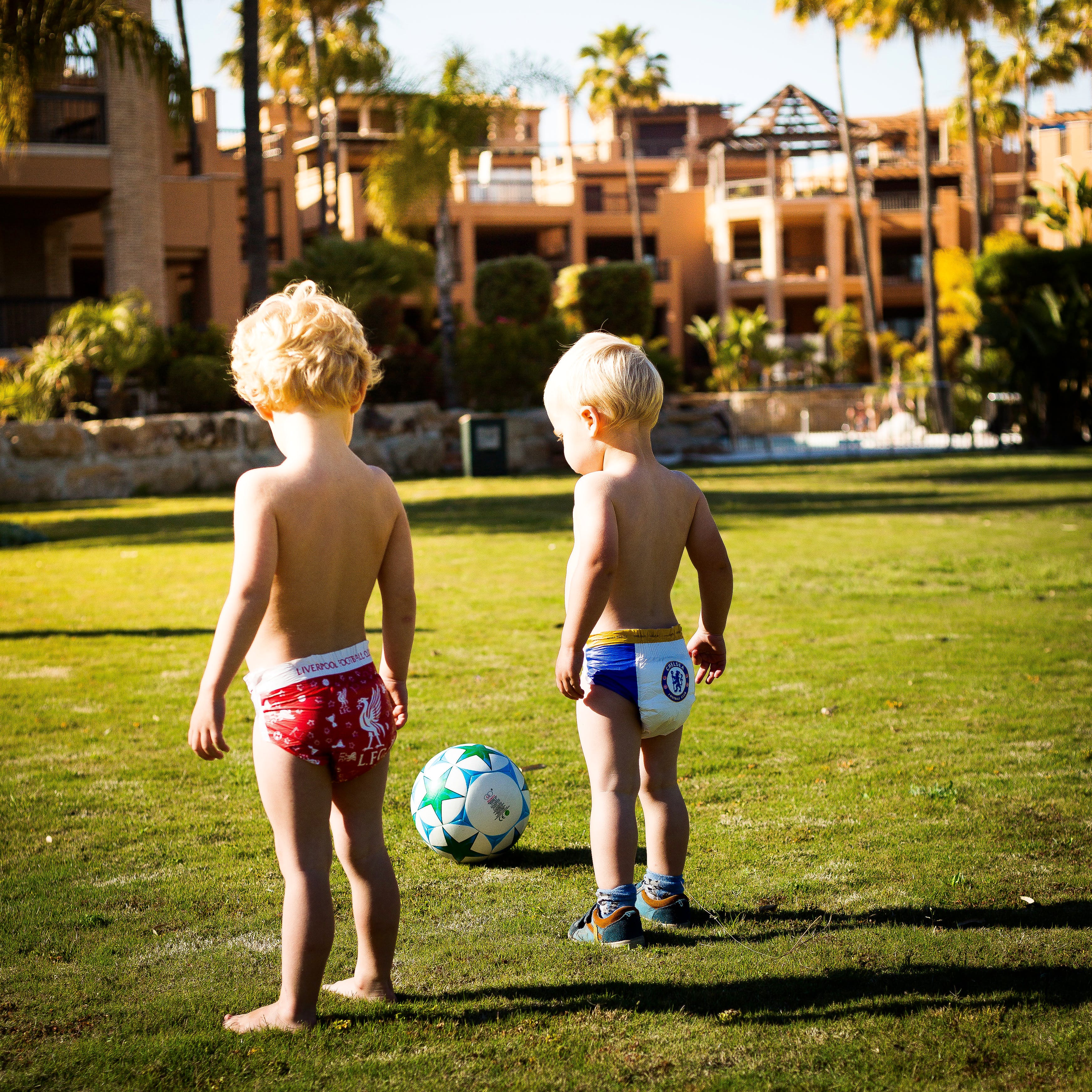 A few months ago, a cute nappy brand called Brappies found La Tela online and contacted me to ask if I were interested in having Oliver wearing their nappies with the logos of different football clubs (take a look at them, they’re great!) for a family campaign on their blog and a shot in one of the biggest fashion magazines, Vogue UK. I’m not really into football, I’m not interested in modelling and I don’t usually read Vogue (not yet, hehe), but a modelling experience with Oliver tickled my curiosity and, of course, I was thrilled they wanted Oliver for it. So I said yes!

As the campaign was about the importance of childhood memories, I got my friend and great photographer Megan Brown Martinez from Meramar Images involved in the photoshoot as I think she’s simply great at capturing family moments—did you see the pictures she took of Oliver’s birthday party?

We were all set: we had the perfect concept—what better than a field and a ball to show off football nappies?—Brappies provided us with adorable nappies with the logos of the teams Chelsea and Liverpool (and some Inter ones for Oliver ;-), and Oliver was ready to model and play some football with Rafael (Megan’s gorgeous son)… or so I thought!

To cut a long story short, Oliver is definitely not a great model under pressure! While Rafael was running back and forth after the ball and giving Megan some great shot opportunities, Oliver (who was meant to be the star of the photoshoot) was really moody, didn’t want to be barefoot on the grass, preferred to eat than playing football and the last thing he wanted to do was sharing the ball (even though we had two! 🙈). “Mio ball!” was the sentence of the day.

Even so, Megan (who’s clearly used to work with toddlers) did manage to shake up the mood, and the end result was amazing. Take a look at this selection of my favorite photos—thanks Megan, these are priceless memories! (And below I’ll show you the photo that appeared in Vogue)

My little primadonna on Vogue UK!

I then found out that Oliver works much better solo: the following day, Aunt Cri and I put a Chelsea nappy on Oliver and had some fun taking a few shots of him that we thought were going to be for personal use only… but to our surprise one of them was picked by Brappies to be featured in Vogue UK in the column Top of the Tots! They also wrote about it on the Brappies blog, you can read it here. So yes, my little primadonna Oliver’s on Vogue right now showing off his Brappies (you’ll find him in the issues of June and July) 😄

This is the Vogue shot. What do you think?

As Brappies was also so kind as to provide me with some of their football nappies for Emily, I also had some fun with my little girl featuring Roma Brappies, like a true Italian football fan! Here she is! 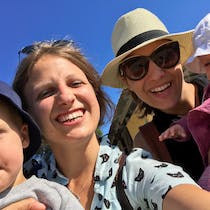 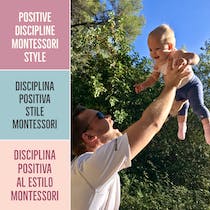 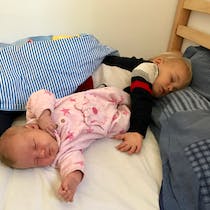 Mums, dads & kids
The flip side of motherhood
Read post
I know! I don't want it to be over yet either.
Surprise me with a random post
Home Courses Shop Feed Podcast About