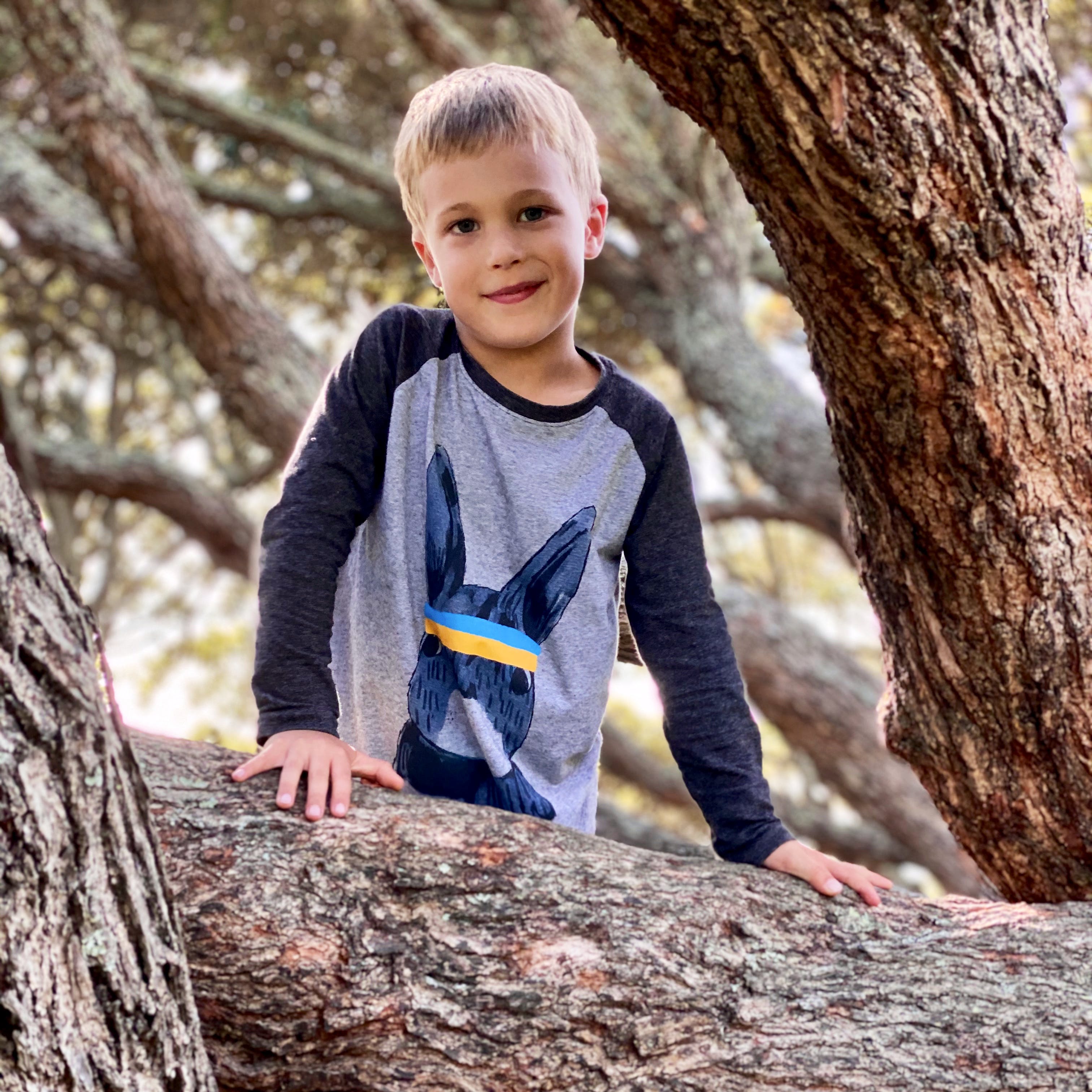 He always did everything early, but in his own time. He‘s an observer, he took a year to go down the slide for the first time.

His nickname is eagle eye, because he notices the smallest details and spots all the animals in nature.

At the age of 2, he understood where meat comes from and since that day he has never eaten it again. "I don't like killing animals", he says.

He loves snorkeling, and could walk for hours up and down mountains.

He is highly sensitive, quite moody, extremely generous, has plenty of empathy, speaks with funny accents, and is learning to control his crocodile.

He turned 5 in New Zealand.