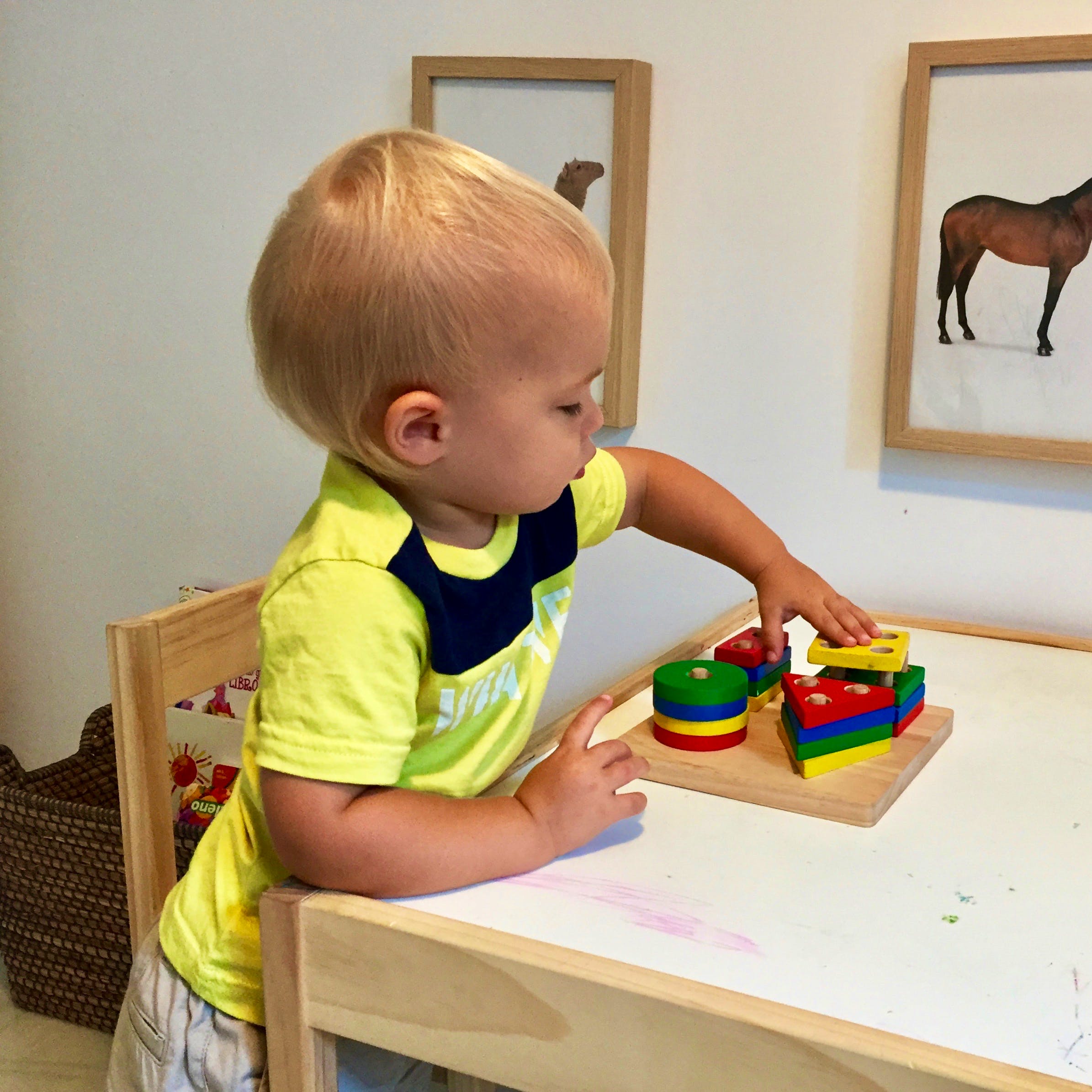 Last week I started the series of Montessori inspired toys and after a reader’s comment, Amelie, I’d like to make something clear. The toys I write about are not Montessori materials like they ones they used in school: those are very specific educational materials, these are simple toys that I, personally, think can be described as “Montessori inspired”.

In fact, they are all wooden (or natural materials, that the Montessori method prefers), they don’t have lights or sounds (in a Montessori classroom you will not find “animated” toys, it’s the hands of our little ones to animate them) and they promote the development of motor skills, imagination, problem-solving skills and concentration. All of which, in my opinion and experience with Oliver so far, interactive toys do not offer.

That’s why I believe that there is a bit of Montessori in all of the toys that you’ll find on La Tela and I hope that, thanks to every one of these posts, you can learn a bit more (or even just get curious) about this beautiful philosophy and its application at home. And maybe, why not spread the word so that more and more families can get to know it and take it into their own houses.

Today I’d like to write about a toy that Oliver has loved from the very first moment: the geometric shapes of Plantoys.

Oliver received it for his first birthday and to my surprise he started using it right away, first by using only the circles (which was already quite difficult) without even considering the other geometric shapes. Gradually, though, he began to show interest in the other shapes, and tried putting them in their respective holes, but it took a couple of months before he actually could: when he finally managed, however, (around 14 months) he never stopped, and when he was 16 months (in the video below) he was able to complete the game alone.

This toy—even more than the Goula cubes I told you about last week—is wonderful to promote concentration. I like to sit next to Oliver and watch him take the shapes out and put them back in over and over again, without never interrupting him.

Now that Oliver knows how to put all the pieces in place, I tried to teach him to put them in order of color, but color is an abstract concept, and a quite complicated one (because it doesn’t give immediate feedback, as does a geometric shape with four holes that will not fit in the space with only three holes); so I decided to put this game away in the closet and take it out in a month or so to test it again for colors and shapes.

As you can see in the video, Oliver completes it and goes away, but he then remembers that he didn’t put it back on the shelf so he comes back: in a Montessori classroom each child must put the material back after using it, just the way he found it (so that another child can use it); order, though, is not something I taught Oliver consciously, but only through my example, always tidying up myself right away after using a toy. When Oliver was a year old he already showed interest and willingness to tidy up himself.

What do you think? Do you have this game or a similar one that your little ones love? What have you noticed? Don’t you think it’s gorgeous to watch how our children use their toys? 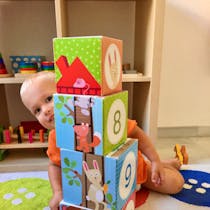 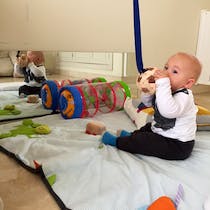 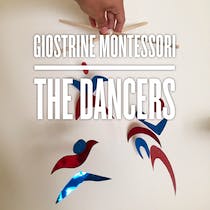 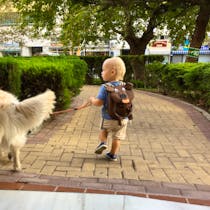 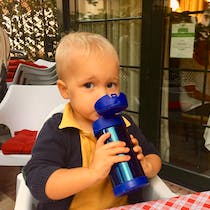 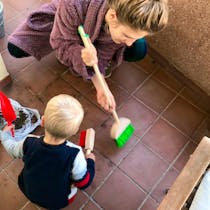 Mums, dads & kids
Tips for keeping the house neat (and entertain your toddler at the same time)
Read post 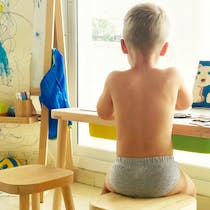 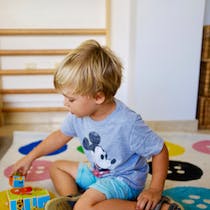 Mums, dads & kids
Zoo Animals Block Puzzle by Hape
Read post
I know! I don't want it to be over yet either.
Surprise me with a random post
Home Courses Shop Feed Podcast About